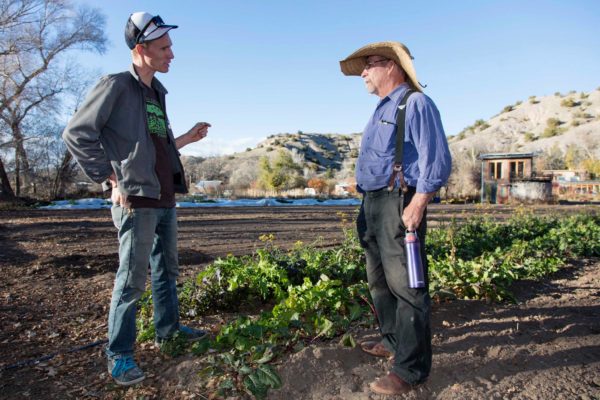 Chispas Farms is located in the heart of Albuquerque and on the edge of the South Valley along the Bosque. The farm has been in production since 2001. Certified organic in 2006, Eli Burg and Amanda Mione were the co-head farmers at Chispas from 2004 to 2016. Casey Holland and Ian Colburn began farming at Chispas in 2017 and 2018, respectively. They specialize in growing over 120 varieties of heirloom fruits and vegetables and practice crop rotation, cover cropping, integrated pest management, seed saving, and lots more! Casey Holland and Ian Colburn have been involved in the local food scene in Albuquerque for many years, at many different farms and community organizations. This is their first year farming and growing food at Chispas farm and they are excited to see what the future holds.